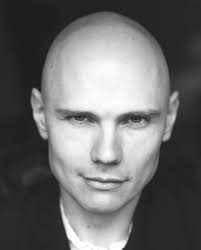 “I’ve been involved sort of behind the scenes with pro wrestling for about a decade and made a lot of friends in the business,” he said. “It’s a very insular business and it’s a long story, but I essentially got involved with some brothers who had a wrestling promotion. We decided to form our own promotion and we’re going to try to bring back to the glory days.”

Corgan will play the role of creative director and will be in charge of the storylines, according to Spinner. He hopes to take wrestling back to a more plot-driven basis, while also trying to raise awareness about concussions and health issues.

Corgan told Detroit News that rock music and professional wrestling happen to have a lot in common. “You have a very strong indie scene, and a lot of times guys and girls build up their names there, and when they try to go to the big leagues they get a lot of [grief] from fans saying, ‘You sold out,’ etc,” he said. “It’s totally the same thing as in music.”